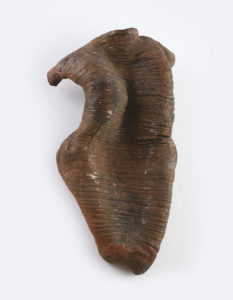 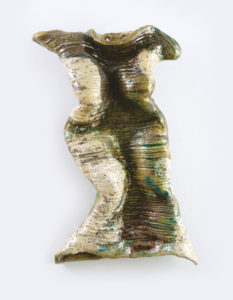 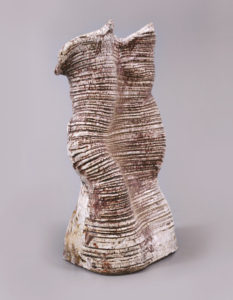 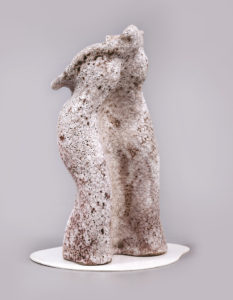 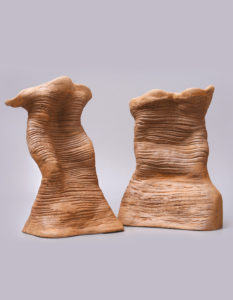 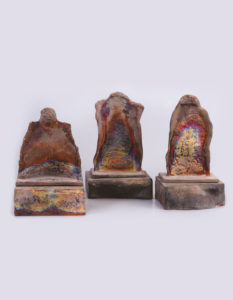 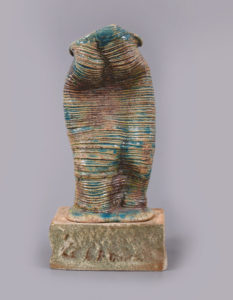 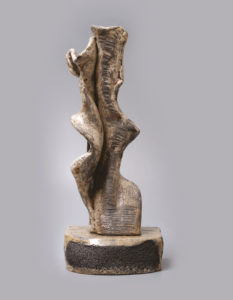 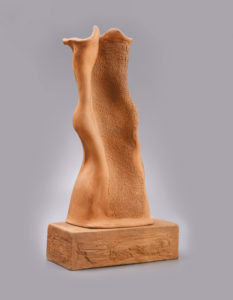 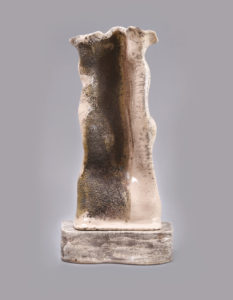 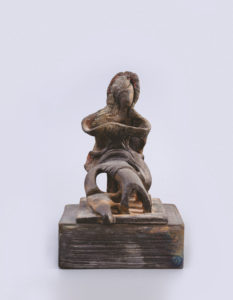 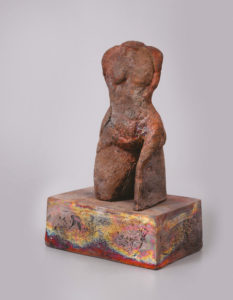 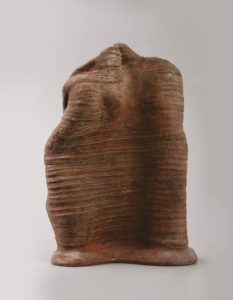 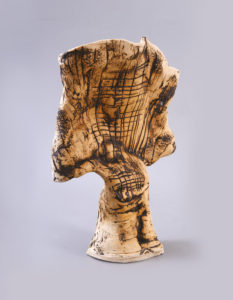 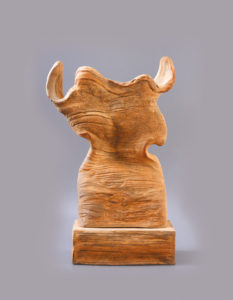 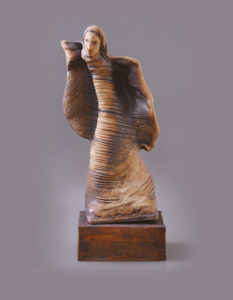 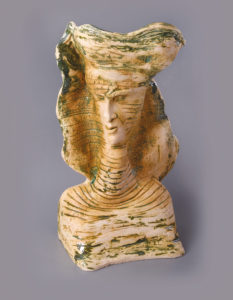 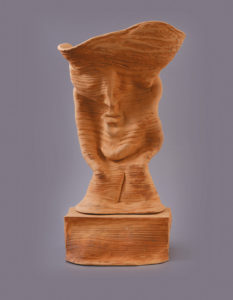 The Art of the Live Fragments

What can we see, then, in Palkó Ernő’s new works? The interest for archeologically-inspired fragmentarism, for artefacts of a brute, apparently unfinished aspect, but there are also works in which greater attention is given to the aestheticist finish, the preoccupation for original forms, as well as the attraction towards complex stylisations, the interest for local colour and the international dimension of the European cultural modernism, for Mediterranean mythologies and personal mythologies. The heteroge­neous richness of the plastic values becomes more coherent especially due to the formal purgings executed from positions typical of modernity, which incorporate the ancestral forms within a stylised language.

His artistic versatility has led to a deliberately ambiguous visual discourse regarding the now classic antinomy between ancient and modern. This is why all of Palkó Ernő’s creations have most diversified aesthetic “uses”.

The aesthetic complexity is also doubled by the type of communication established by between the artist’s works and his public. Much of Palkó Ernő’s creative effort appears to be devoted to regaining the right to talk to fancies.

This is why the final form of his works bears the seal of the infinite, like the beings born from earth, taking the shape of halves or fragments of cylinders, resembling the ancient masks through their deformations and irregularities. Thus, each silhouette is also a mask, and each mask can become a silhouette in Palkó Ernő’s vision.

Textures and themes of ancient art communicate in his works through abstract volumetries, deliberately deformed and resembling giant shells. As a result, we wonder if we are dealing with a modern artist, who has renounced the emblems of contemporary culture, or an ancient artist converted to modernism. Regardless of our answer, we are confronted with Palkó Ernő’s artistic achievement, whereby the avantgarde language is transformed into a relic which carries a mysterious insurgent potential.

Starting from forms which merely hint at the figurative, he arrives at the concrete sphere, from the feminine bodies reproduced in lyrical tones, highlighted by the prominent volutes and the playful seriousness of the carnival masks, to the portraits reflecting the immanent sensibility of one’s own self. Thus, while we are contemplating the multitude of anthropological representations, the countless examples of the couples supporting each other or melting into a single whole, we arrive at the moment of acquiring wings, suggested by angels—from the forms which, with a vague shyness, are evocative of soaring, to its concrete materialisations. Using the colours of the earth and the turquoise of glimmerings, the artist reveals to us his complex emotional world, expressed through the spatiality of objects or some two-dimensional ceramic plates, dominated by the universal motion, whose perception is intimated through the dynamic of buzzing and the parallelism of the waves. Due to these, geometry takes on organic forms, anthropomorphic images and forms bursting with energy and vitality, inspired from the ancestral fertility myths. It is as if these post-modern, autonomous creations, which are more or less concrete, were giving vent to a form-giving perspective springing from prehistoric mysticism. The artist breathes life into the amorphous matter, embodying the visions born in his subconscious, making palpable and visualising his fantasies, aspirations, emotions, doubts and certainties. He moves on thanks to his decade-long experience, preserving the purity of his own beginnings, instinctiveness constituting the essence of his art—a kind of fusion, of identification with the origins, with the purest of fountains. Thus, the magical realm, Terra Magica, opens up in front of our eyes, revealing its mysteries.

Small Statues of the Moment

Ernő Palkó’s ceramics tell us stories in few words. His creative attitude is a reflexive one, as proven by his best pieces, while his way of seeing things and making us see them is that of the sculptor—he gives form to ideas.

This artistic universe is a “meta-world”, not only in the classic sense of the word, but also as a reconstituted second nature, whose dimensions include those of the quotidian, on multiplied scale. On a concrete, objective plane, this has several consequences: above all, it captures human existence not in its static manifestations, but in the process of transformation, which multiplies the perspectives of the exposition/reflexion. We see some small statues of tacit contemplation, taken to the level of meditation, torsos evoking sitting or reclining figures—already indicating a reflexive attitude, representing groups organised in the form of an interior dialogue. This is, therefore, the starting point of his project—in which the positive and negative forms of the existential marks still co-exist—becoming separate. The strategy continues: now we see full and empty forms—a method characteristic of sculpture—, we see rounded shapes, waves and arches upon reliefs. Change is a permanent process—this world of artefacts informs us. Ernő Palkó captures the transformation of reality itself, amplifying it through a series of complex metaphors. How exactly does he do this? His works point to the art of the antiquity and of the twentieth century, the contemporary one, in that they blend the figurative and the non-figurative, being simultaneously ancient and contemporary through geometrising. These objects represent concommitently the necessarily spatial dimensions of an exterior dialogue—in many ways, an interior one as well—, but also the temporal dimensions of this dialogue. This universe of metamor­phoses requires that the artist choose an adequate method for the dialogue with his material, so as to be able to harmonize form and colour. By harmonizing them, the form becomes more expressive and more decorative. Ernő Palkó combines the techniques of sculpture and painting.

What kind of sculptures are, after all, Ernő Palkó’s ceramic works—and what kind of ceramics are his sculptures? The art of sculpture is characterised by the reliance on the durability of the stone, as if placing the theme outside the bounds of time and aiming at the creation of atemporal works of art. If we were to define this artistic universe in a unique formula, it would most certainly be: small statues of the moment.